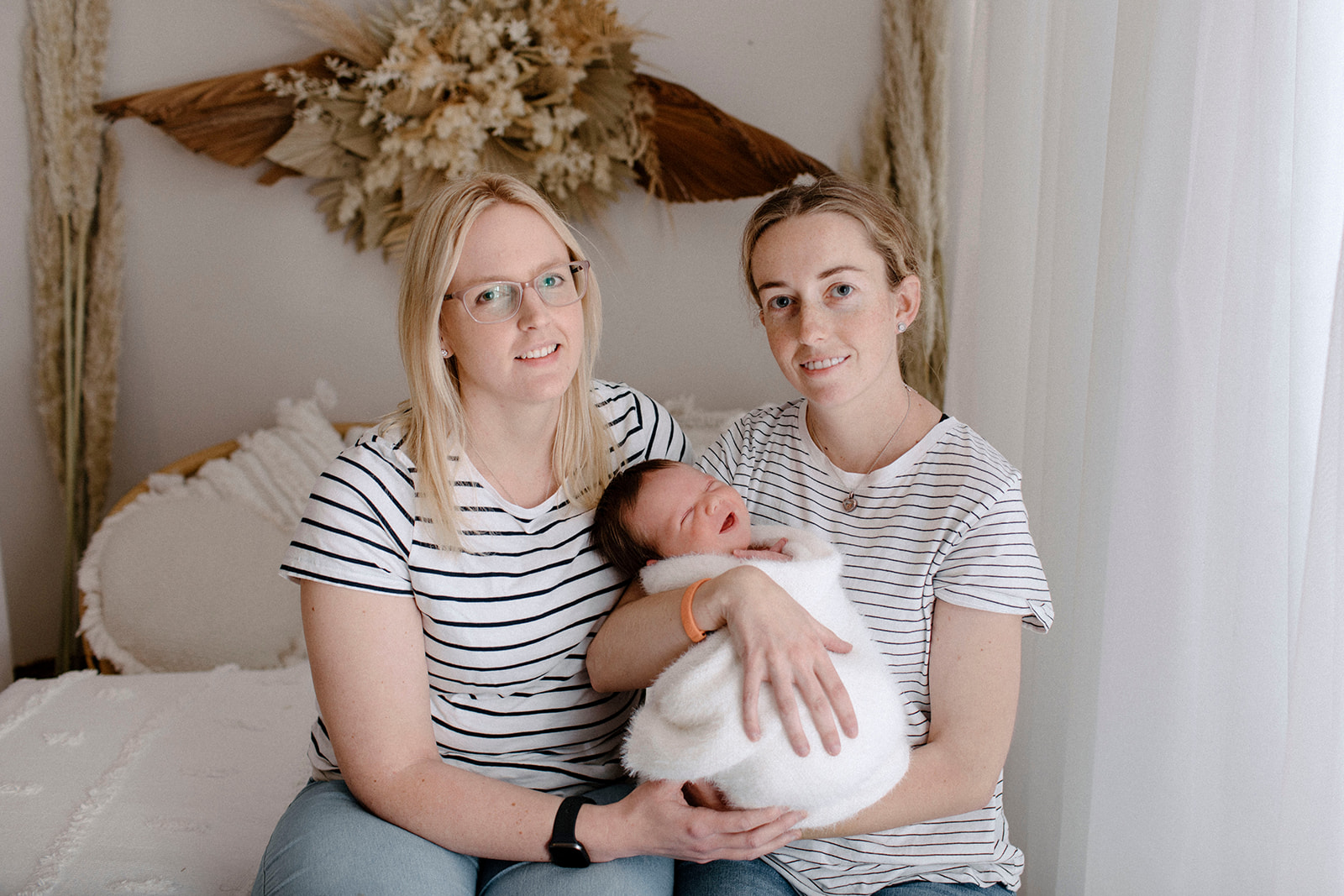 Our birth story is written from the perspective of Ash, the non-birthing mother, as Laura is unable to recall the details of Charlie's birth and what followed. We were lucky to conceive Charlie during our first round of IVF after two unsuccessful IUI's during the COVID lockdowns of 2021. Laura's pregnancy was relatively uncomplicated. Apart from the usual nausea, we also discovered during an early scan that Laura had an anterior succenturiate lobe placenta. This meant an extra placenta lobe was attached to the main placenta by a blood vessel. This in itself was not cause for concern; however, one of the lobes was low-lying, meaning we required extra scans to monitor for placenta previa as this may impact the birth. Laura had made the decision early on that we would elect for a caesarian section due to an underlying medical condition (Dysautonomia - POTS). As Charlie grew, the low-lying placenta resolved, and the accessory lobe of the placenta moved away from the cervix. Laura was also diagnosed with Gestational Diabetes at 28 weeks but was lucky to be able to manage this through diet (although this was a lot to learn and educate ourselves on, Laura managed well). 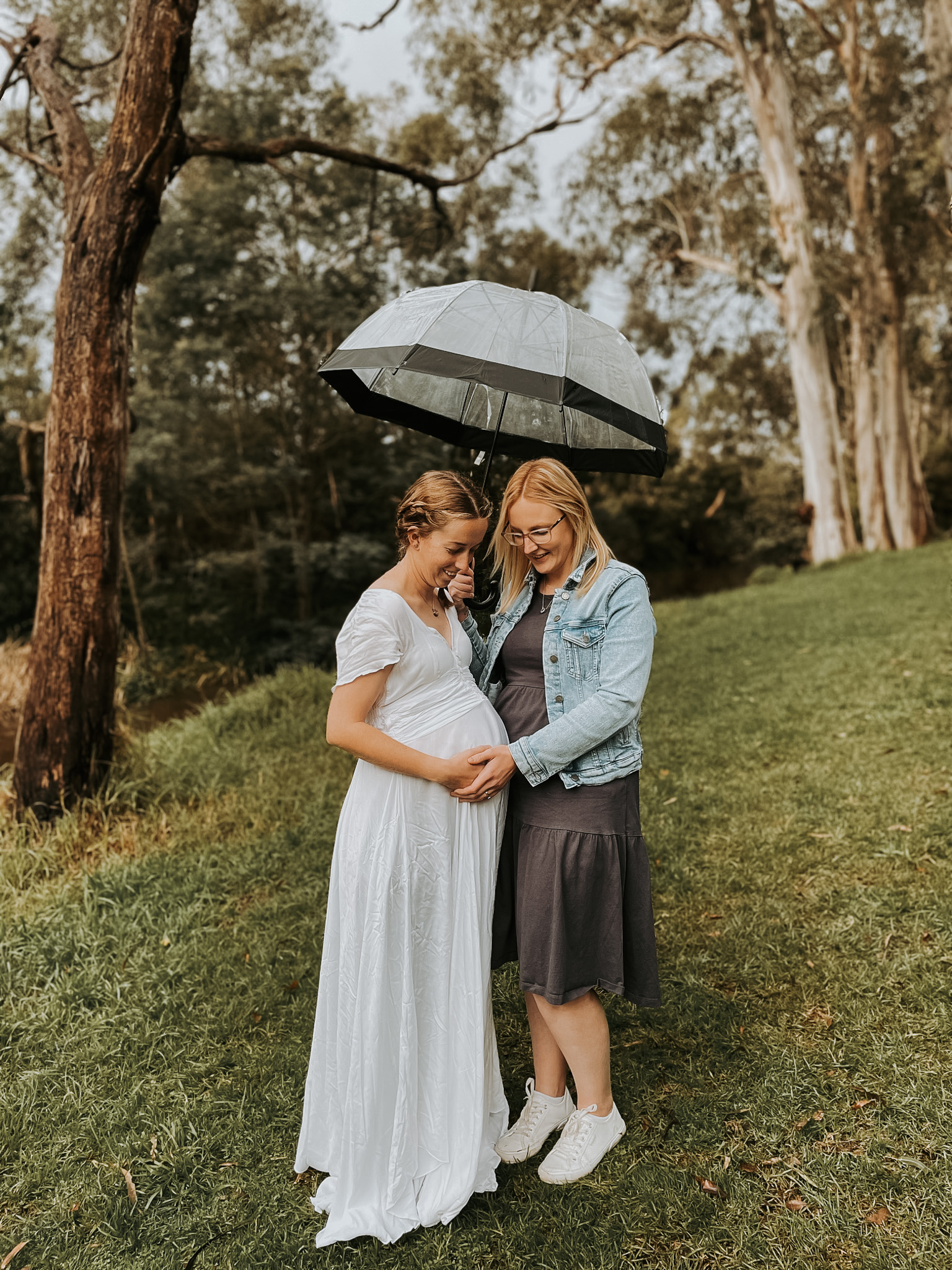 A week before we were scheduled for our caesarean section, despite our best efforts to avoid it, we were struck down with COVID. Laura was scheduled to deliver at a small regional hospital, and being covid positive created uncertainty as to whether we would be able to birth there at the end of our isolation period. At the time in Victoria, it was advised that patients should not undergo a general anaesthetic within a certain period of time after contracting COVID. There was also debate about whether the c-section would need to be done at a covid streaming hospital. This caused a lot of anxiety for us, and we were beside ourselves as we reconsidered what our birth plan might look like at another hospital or if Laura went into labour whilst we were still in isolation. We were lucky that things worked out for us in the end, or so we thought. 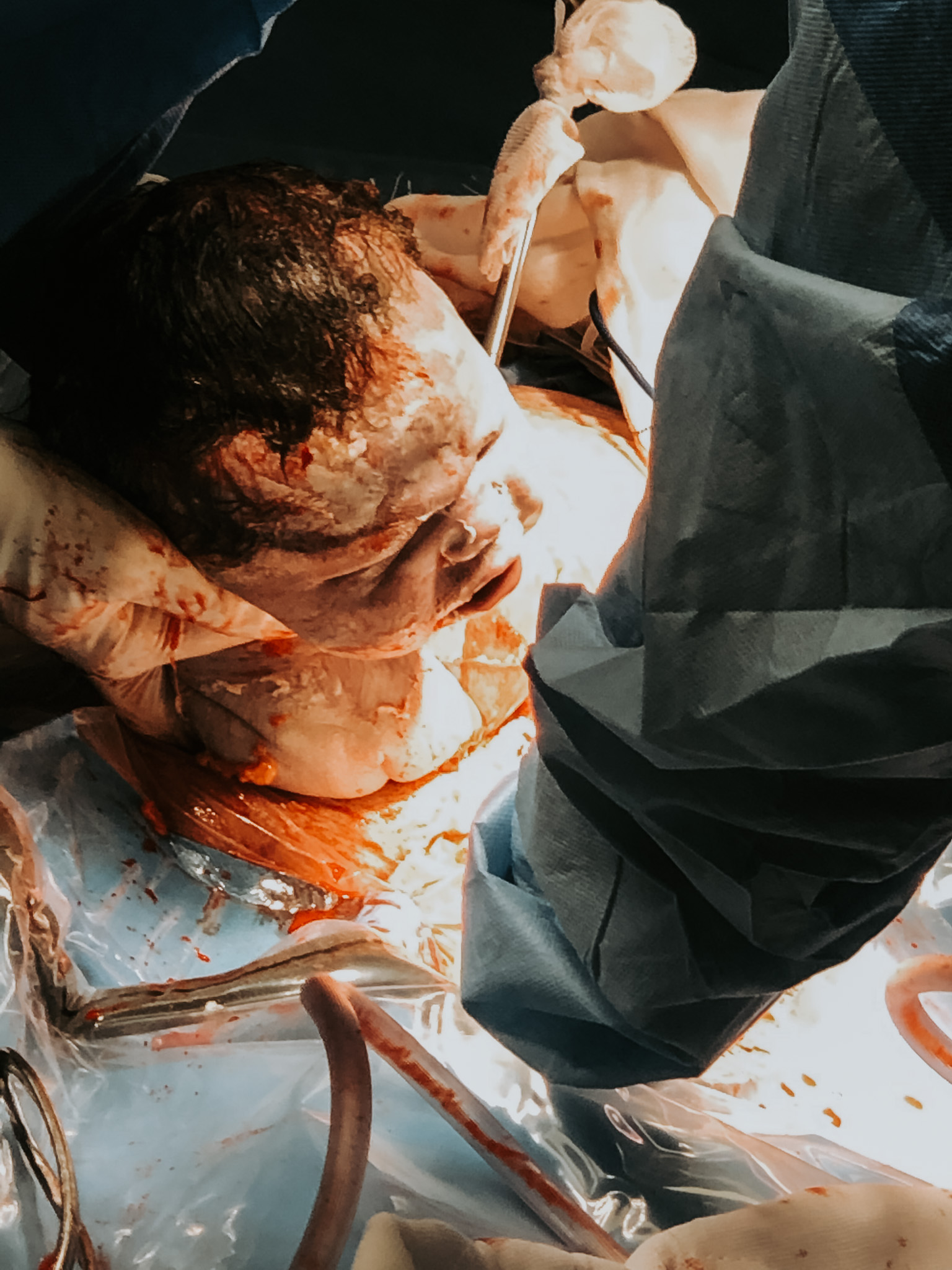 We were approved to birth at our chosen hospital as a caesarean did not require a full anaesthetic, only a spinal block. We arrived at the hospital early on the 8th of July, 2022, filled with anxious nerves and excitement at finally meeting our baby boy. Unbeknownst to us, in a few hours, our world would be flipped upside down. What started out as a routine c-section soon turned into a medical emergency. Laura's spinal block was straightforward, and by all accounts, things started off well. Charlie was born at 7:48AM, at 4,483kg, with a full head of dark hair. Forceps were required to deliver Charlie as he was difficult to get out. When he cried and was lifted over the sheet, we both burst into tears. He was quickly whisked over to the table beside us, where he would remain for the next 35+ minutes while the paediatric doctor worked on getting his oxygen levels up. CPAP was used with air to try and increase his oxygen saturation. On the other side of the room, Laura began feeling sick, hot and faint. She was experiencing a drop in blood pressure, which could have initially been attributed to her medical condition. However, as we later learned, the placenta was difficult to remove from the uterus wall and required great force. Laura was losing blood, but nothing of great concern as we remained unaware of what was occurring on the other side of the sheet. Laura was closed up and wheeled into recovery after the caesarean took longer than anticipated. Laura was grey in the face and telling me she still didn't feel well. She felt like she was dying. A midwife lifted the sheets and began palpating her uterus. Laura shot up through the roof and cried out in pain. The midwife lifted the blanket further, and the sheets under Laura were covered in blood, with large blood clots coming out of the uterus. Everything happened really fast after this. A MET call was made and the room filled with staff. People were making phone calls and trying to put IV lines into Laura's arm unsuccessfully. I vividly remember seeing the walls and Laura's face covered in blood splatter. She was bleeding out of the IV lines. Laura needed a transfusion and was taken back into theatre to check for retained placenta. As we were at a small regional hospital that did not have an emergency department, more blood needed to be couriered from a blood bank 30 minutes away. No pathology couriers were available at that time in the morning, so a taxi transported the life-saving blood product that was needed. The obstetrician found there was no retained placenta, so a Bakri balloon was used to stem the bleeding, causing a second-degree tear in the process. Adult Retrieval Victoria was contacted, and MICA paramedics from HEMS2 air wing were sent to provide assistance and transport Laura to a hospital with the facilities needed to save her life. The paramedics requested a hysterectomy be performed to stop the haemorrhaging as it was believed Laura was experiencing a massive PPH. No doctors were available to perform one, so the decision was made to transport her quickly. Laura went into cardiac arrest when she was moved onto the ambulance stretcher, later believed to be from dislodging the clots that had formed. Laura required approximately 3-5 minutes of CPR to revive her. Her condition was critical. She was not perfusing her organs, had no detectable blood pressure, was in cardio-respiratory collapse, and was suffering Disseminated intravascular coagulation (DIC). A DIC is abnormal clumps of thickened blood (clots) form inside blood vessels using up the blood's clotting factors, which led to massive bleeding in other places, which saw Laura haemorrhaging from her IV lines. 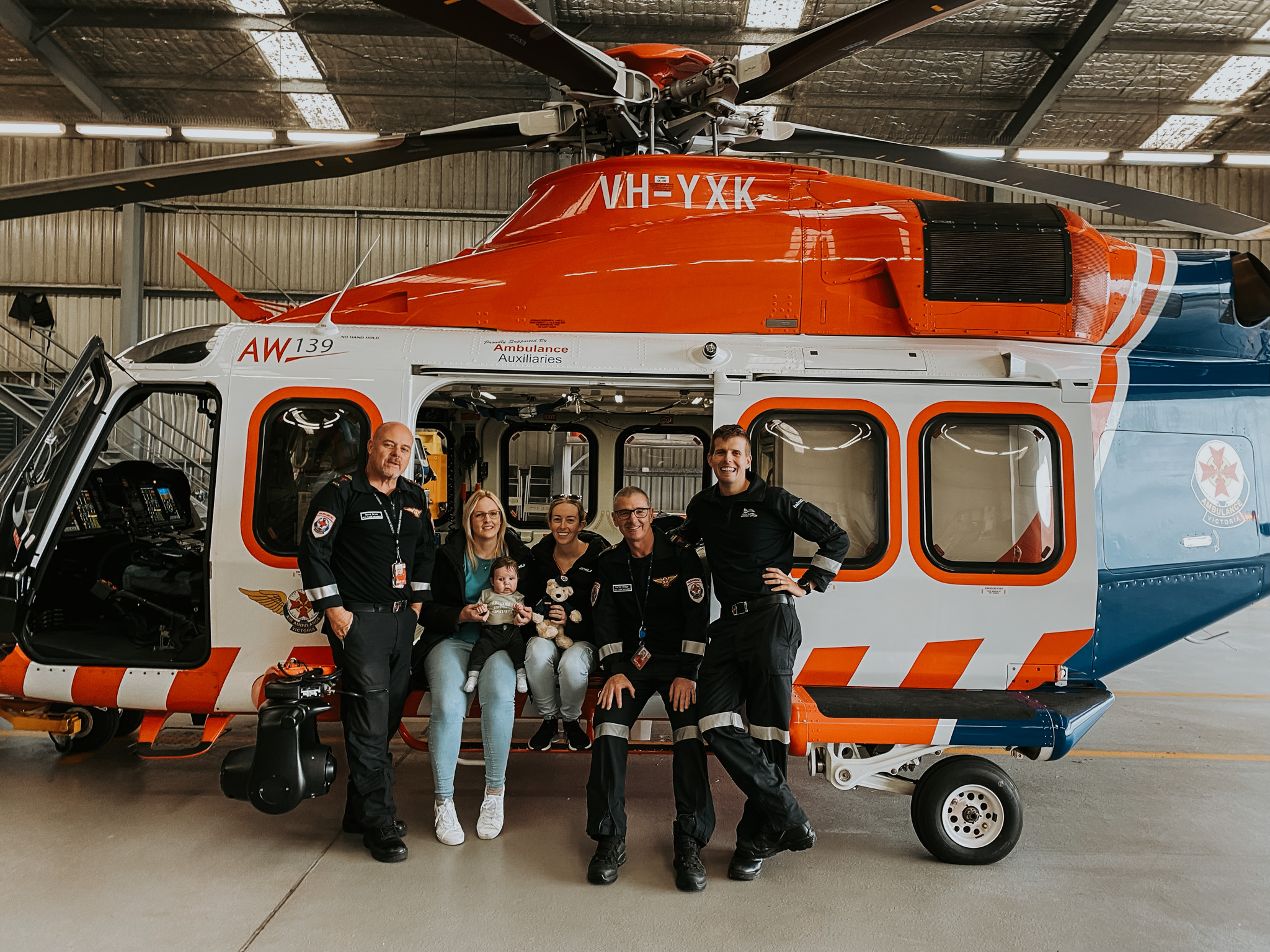 Laura was suffering the classic signs of an Amniotic Fluid Embolism, a rare but catastrophic birth complication. Laura's heart stopped again when paramedics rushed her to the helicopter. She was airlifted to another hospital for further, life-saving treatment. In the air, Laura's blood pressure began trending upwards. A sign of hope. It was estimated she had lost 7 litres of blood and her heart was functioning at 10%. Laura was in a coma and on life support in the ICU, with staff considering putting Laura on bypass (ECMO) to ease the pressure on her heart and lungs and provide her body with the oxygenated blood it was deprived of. I was told the next 24 hours were critical and her chance of survival was slim. I was warned that if she did survive, it was impossible to know what functioning she would have given the lack of oxygen to her vital organs. The situation seemed very grim and was difficult to process as I held our little baby in my arms. 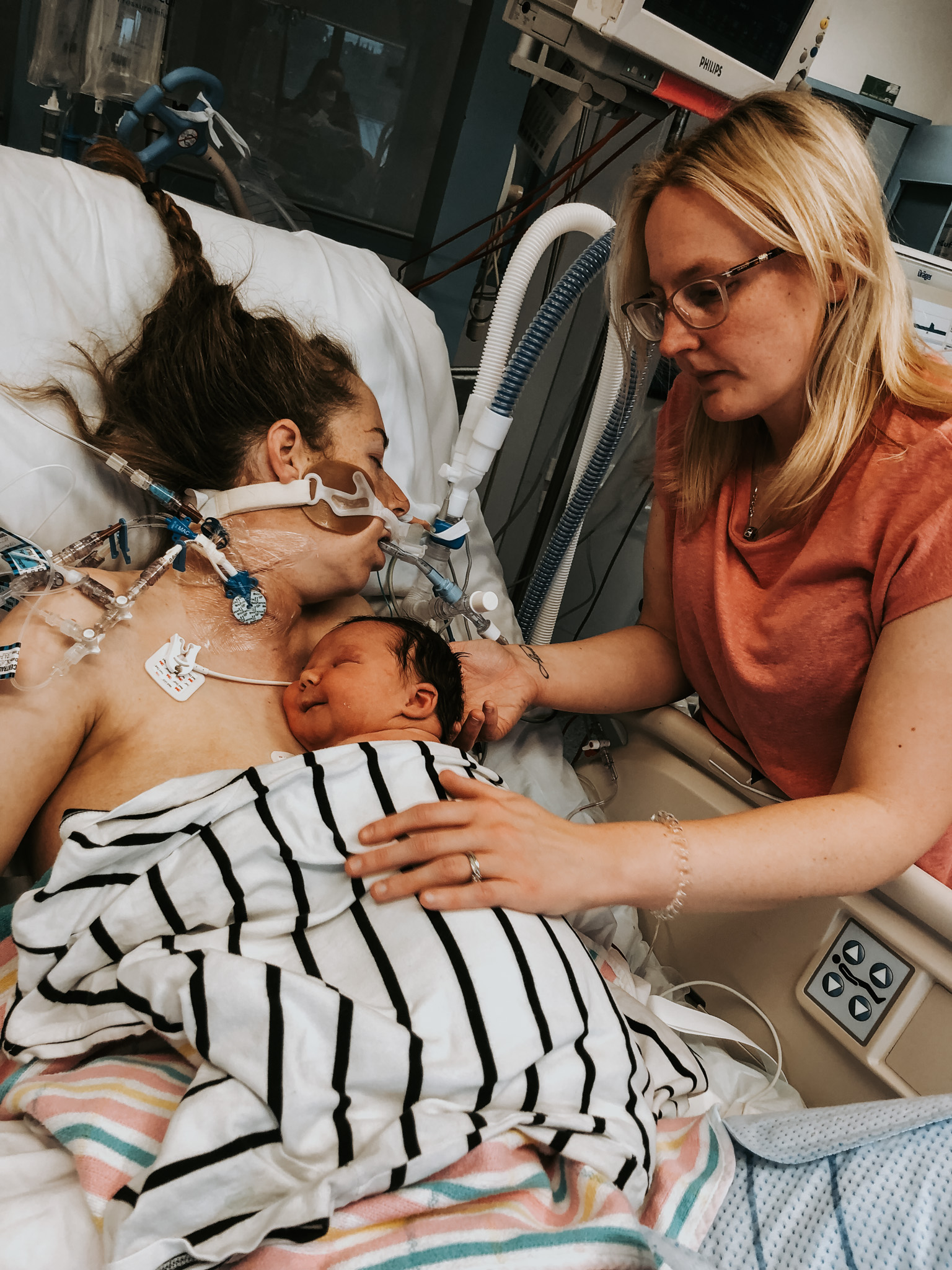 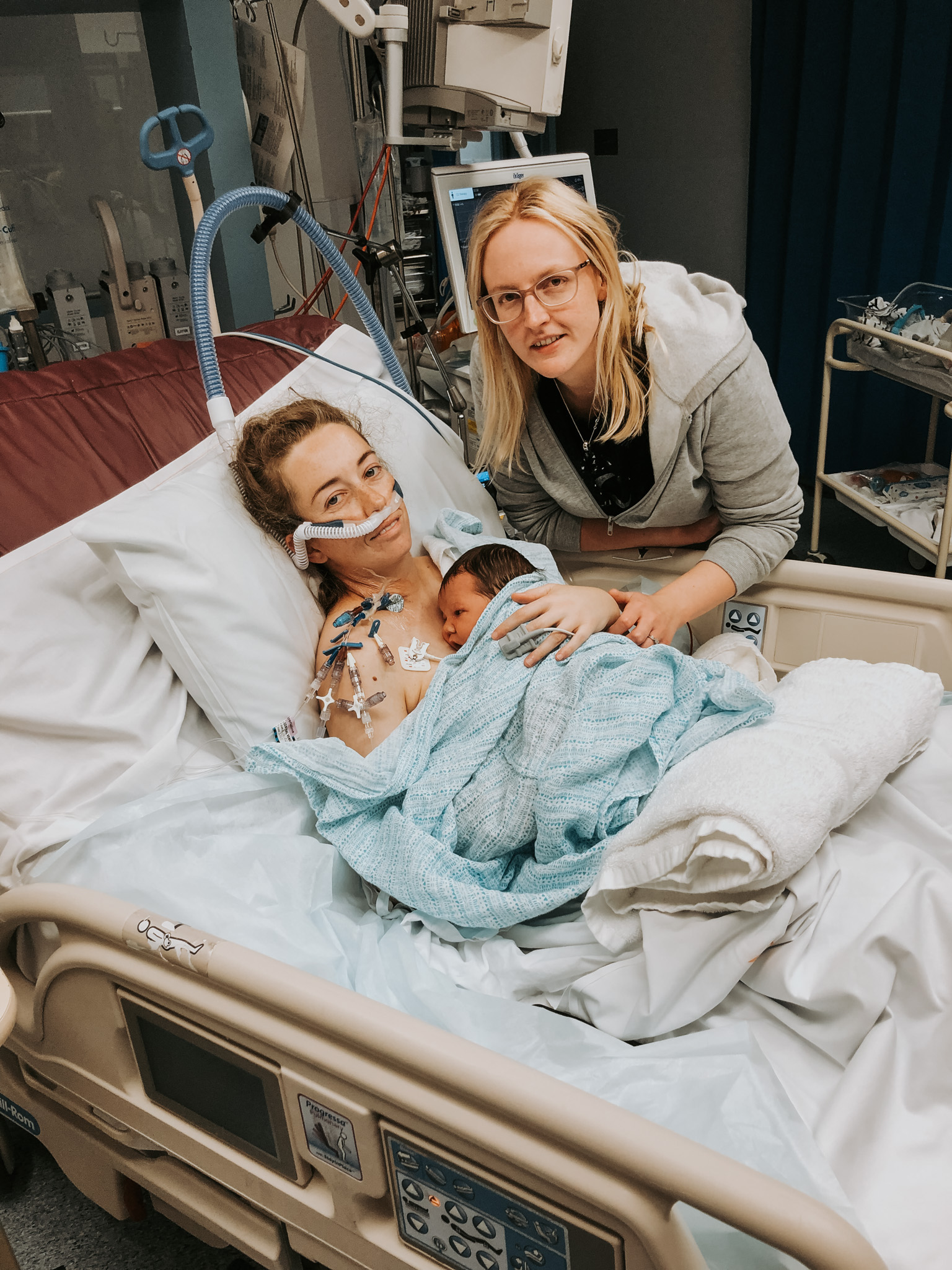 Laura showed promising signs of improvement overnight. The following day, Charlie had proper skin-to-skin contact with his mama for the first time. Within an hour, Laura was awake and taken off the ventilator. Nobody expected Laura to survive, let alone to recover so well with minor deficits. She became a bit of a celebrity in the ICU. I truly believe that skin-to-skin contact, the maternal bond, gave Laura the extra fight she needed. Unfortunately, Laura also suffered a post-dural spinal headache causing days of significant pain when she was upright. This required a further procedure. An epidural blood patch was used to repair the hole that was leaking spinal fluid, and the relief was almost instant. Five months on and Laura's heart is still recovering, and we are still investigating if there are any clotting disorders due to abnormal bleeding that still occurs during blood tests and small cuts. Laura has no memory of the first few days of Charlie's life and has patches of memory from the years prior that she has never recovered. 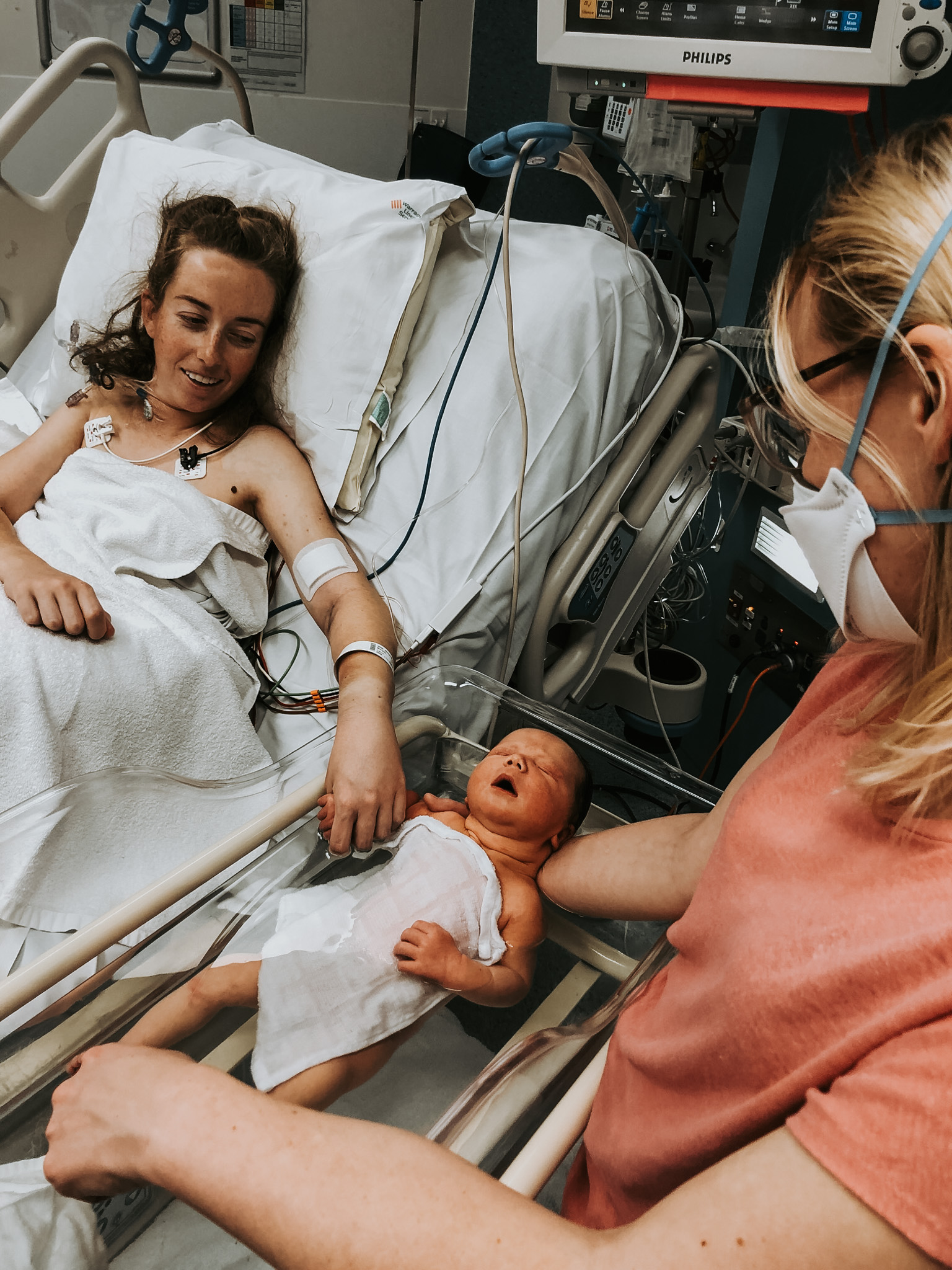 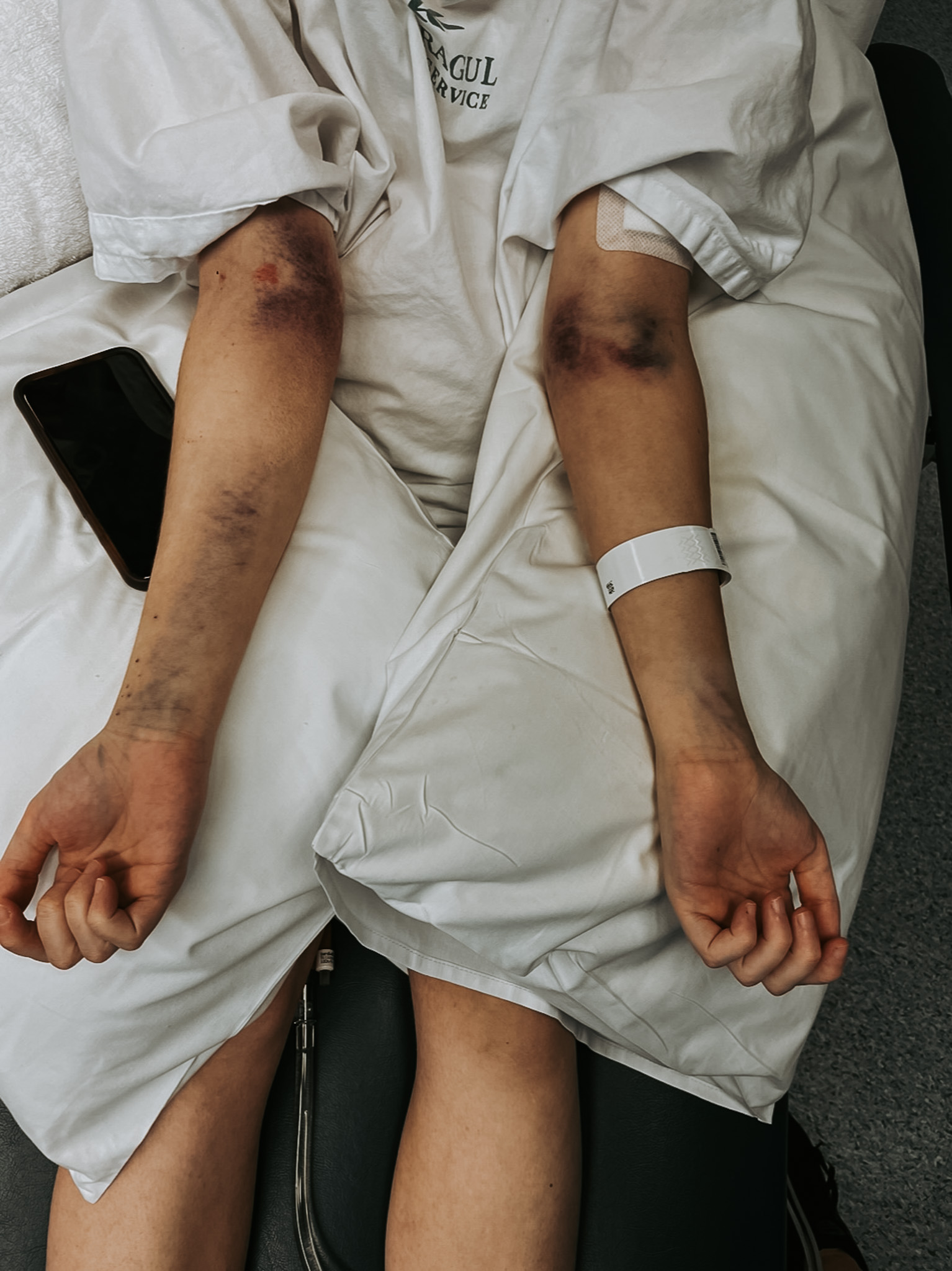 The physical wounds are healing, but the emotional ones will always be present. We have both suffered from Post Traumatic Stress Disorder but have been lucky to access support from professionals and our loved ones. We are so grateful every day for this second chance, as we know Laura was one of the lucky ones. We were fortunate to meet the MICA paramedics who saved Laura's life, and they explained to us that when a patient is that unwell, there is a chain of survival. On that day, the links in the chain all aligned to ensure Laura received the care needed to keep her alive. Had one small thing gone differently, we would be facing a very different scenario today. That thought is not lost on us. Amniotic Fluid Emboli are extremely rare, and whilst the survival rates have increased in recent years, it is still one of the leading causes of mortality during birth. There is no way to predict or prevent an occurrence of AFE; therefore, raising awareness on early signs and how to treat it is so important.

We are hoping Laura and Charlie's story can help raise awareness. If you'd like to hear Laura's story told from the perspective of Darren Hodge, MICA flight paramedic you can listen at https://open.spotify.com/episode/5qhTTeZRX8oV93EIjs8js7?si=K7GFUBhSS1yGFb9cc-UlHA If you'd like to join our Australian Red Cross LifeBlood Team, go to the LifeBlood App and add our "AFE Awareness" team to your donor team under the preferences tab.