What You Need to Know About Baby Boys

what you need to know about baby boys

So, you're expecting or have a baby boy? Congratulations! 💙

From personal experience, raising little men involves lots of laughs, play wrestling, dirt, fart jokes and snuggles on the couch. Despite the misconceptions, although there's lots of rough + tumble, there's equally as much cuddles + love.

From me to you, these are some of the things you need to know if you love or are expecting a little man.

point the penis down during nappy changes

When doing up bub's nappy, regardless of their age, always make sure you point the penis down before doing up the nappy. Why? If you don't, when bub does a wee, the wee will spout upwards, usually leaking above and out the top of their nappy, leaving your little one with wet clothes for you to change over and over and over again. Pointing the penis downwards causes the wee to go straight into the nappy to be absorbed, minimising the chances of leakage.

Yep, you read it right. Baby boys can get erections. They may be caused by a multitude of things, such as needing to wee, the air hitting the penis when changing the nappy, or a little one grabbing their own penis during nappy changes or showers. In some cases, there may also be no apparent cause at all; it's just one of those things. While it can be a bit shocking at first, particularly if you didn't know it could happen, rest assured it's completely normal and very common. In fact, it's usually considered a good sign that the penis is functioning as expected. Baby erections will usually self resolve within an hour, aren't painful, and won't lead to ejaculation until after puberty [more info on that below].

If your little one has an erection that has lasted over an hour or more, the area is red or has a rash, they have a fever, the area appears swollen or has symptoms of infection, or your little love is also reporting pain, it's a good idea to get them checked out by seeking medical attention. 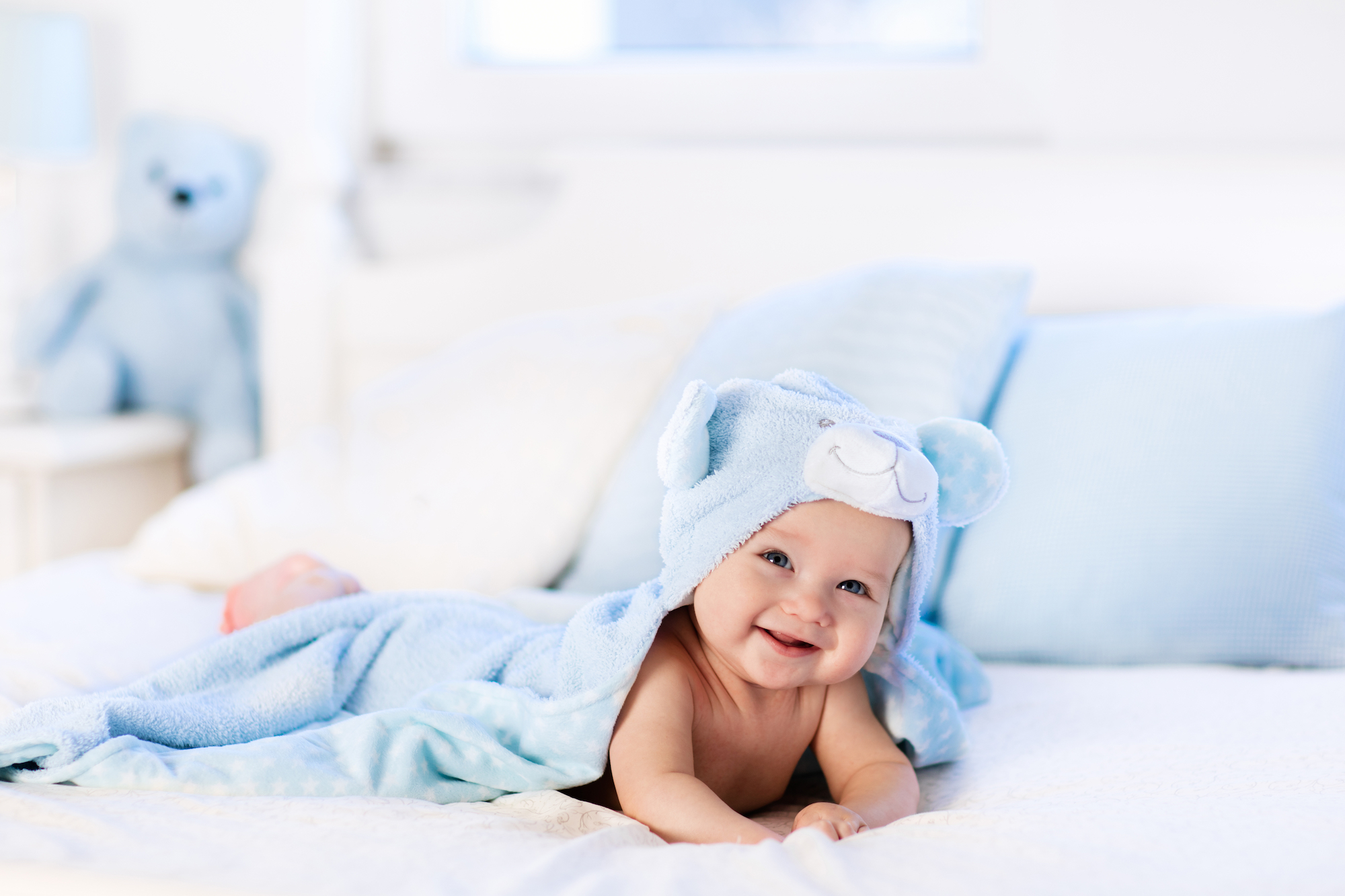 The formal name for witches milk is "Galactorrhea in the Newborn".

It's when a baby produces breast milk, usually up until two months of age. Witches milk often presents with swollen breast tissue or breast nodules [little lumps at the breast]. It can be a shock for some parents, but it's not something that needs to cause alarm. Witches milk develops because of mama's hormones in pregnancy and in breastmilk. Witches milk can happen to baby boys or girls and is more common in breastfed bubs. It's quite uncommon, though and is only seen in around 5% of newborns.

In terms of treatment, it usually self resolves without medical intervention. And no, it doesn't mean you have to stop breastfeeding. Avoid massaging the area or expressing milk. Instead, leave the area alone to avoid further more milk production or infection.

It's also important to be aware that what begins as witches milk may turn into mastitis [infection of the breast tissue - believe it or not, all men, baby boys included, have some level of breast tissue]. If bub's breast area becomes red, swollen, warm to touch, is leaking pus, or they're showing signs of being unwell, such as a temp of 38 or above, decreased feeding and wet nappies, lethargy etc., that's when you need to act and take bub to see a doctor or midwife.

The testes are the glands in males, which are located in the scrotum and produce sperm. Sometimes, the testes don't move down into the scrotum, and this is considered undescended testes, and about 5% of newborn boys are born with them. Instead, the testes may be located in the abdomen or groin area. In some cases, the cause is unknown, but there are two types of undescended testes:

1. Congenital: this is when bubs are born with undescended testes. If bub is born preterm, there may not have been enough time for the testes to descend.

2. Acquired: this is when a bub is born with testes in the scrotum, but the cords that are attached to the testes don't grow at an appropriate rate over time, causing the testes to be pulled back up into the groin area as the attached cord is too short.

The main symptom of undescended testes is one or both testicles being absent from the scrotum. After birth, your Midwife or Doctor will check for the presence of testes. At this point, congenital undescended testes may be identified. As your little one grows, it may be more difficult to identify undescended testes as it's painless and doesn't cause any problems with doing a wee.

If undescended testes aren't identified and treated, there's a risk of a testicular torsion, hernia, testicular cancer [low risk of less than 1 in 100], genitals that appear unusual and reduced fertility.

The most common cause of emergencies related to our boy's bits is known as Testicular Torsion.

In simple terms, this occurs when the 'sperm cords', which provide blood to the testes, become twisted. This twisting cuts off the blood supply and causes pain and swelling. Testicular Torsion is a medical emergency and requires urgent surgery to prevent long-term damage.

Testicular Torsion may occur during physical activity but is more commonly caused by a genetic weakness in the connective tissue that ordinarily stops the balls from moving around freely. It can happen at any age, and as a paramedic, I've personally been to a few little ones with this condition. It's most common in boys who've already hit puberty.

Torsion pain is usually sudden and severe and may refer into the tummy. The testes will likely change colour to dark red or blue, and they will become extremely tender to touch. Vomiting and nausea are also common with this condition, and the pain may affect your little one's walking ability. Similar symptoms may occur from an infection, but this shouldn't be considered until a torsion is ruled out. Saving the testes means surgery needs to happen within 4-6 hours, so timely treatment is a must! If left untreated, the testicle will be damaged, and the only option is removal.

Doctors will use ultrasound and physical examination to make the diagnosis. Surgery, under general anaesthetic, will then untwist the cord and restore blood supply. During surgery, tiny sutures will be placed to prevent the twist from happening again. Recovery, including rest and pain relief, can take a good few weeks, but timely treatment means your boy's outlook is good, and fertility shouldn't be affected. Most importantly, teach your boys never to ignore sharp pain down there! 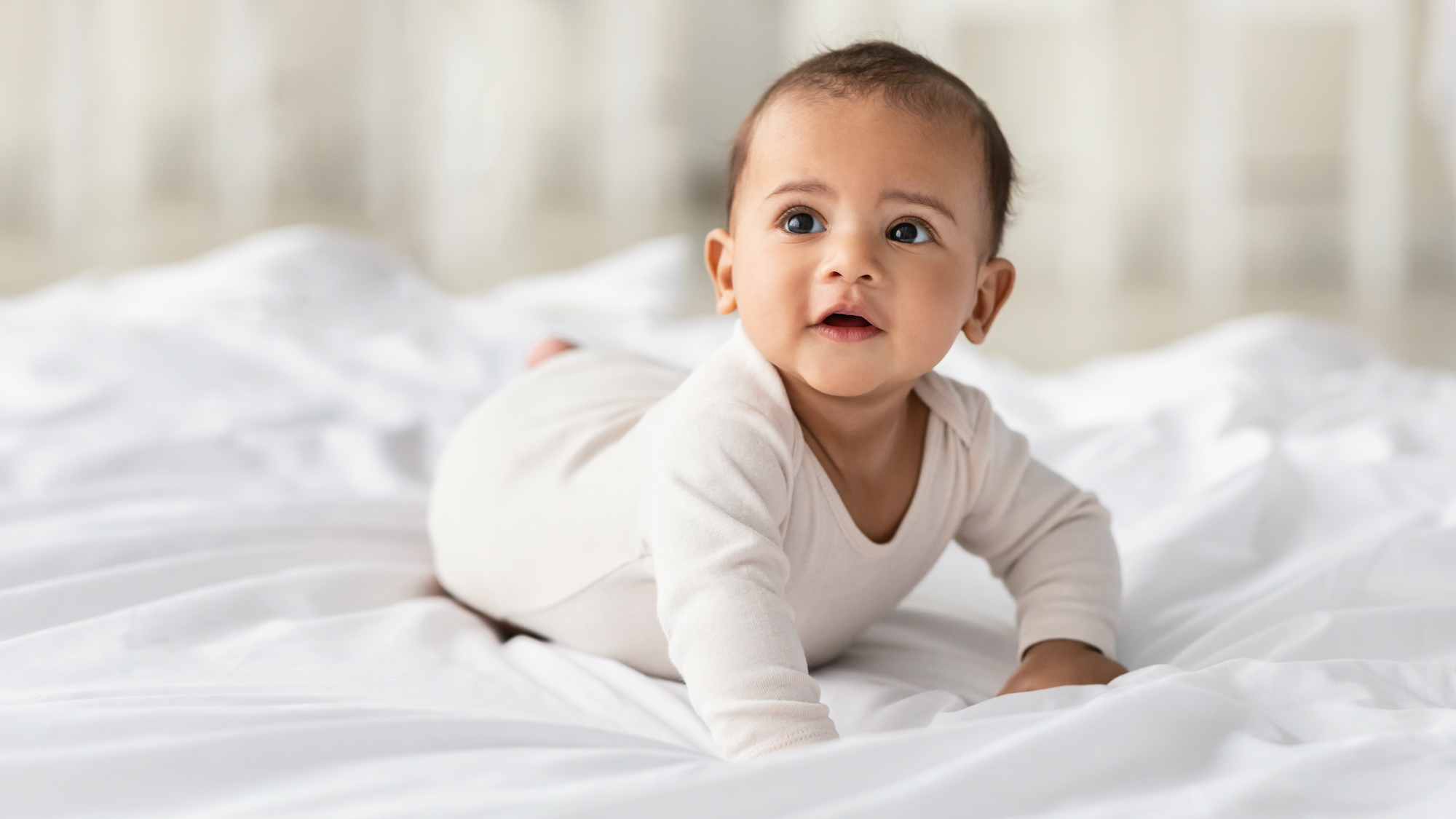 The loose skin that covers the head of the penis is called the foreskin, but this isn't so loose at birth. It's important to know that it's not recommended to retract the foreskin in little ones.

The reason for this is that when a baby boy is born, their foreskin is still very attached to the penis. In most newborns, it actually cannot be pulled back, and this separation will happen naturally over time. About 90% of 4-year-old boys will have a separated foreskin. However, for some little men, this may not happen to puberty. This is completely normal. There is a rare condition called phimosis, where the foreskin never retracts of its own accord, and this condition requires surgery.

Baby boys will reach an age where they start to play with their penis, and again this is totally normal and a part of their development. When that foreskin is ready to separate, your little man will likely be the first to discover it. At this time of separation, there may be some redness or pain. This can be worse when your little boy is having a wee, and they may benefit from paracetamol during this time. Another thing that can happen is a collection of white or yellow lumps accumulating on the penis, called smegma, and they are also normal.

So, please do not retract your little one's foreskin as this can cause scarring and problems in the future. Only once they're older, and this has naturally happened, you can teach them how to do this as part of their hygiene routine in the bath or shower.

In some cases, parents decide to have the foreskin surgically removed, called circumcision, usually under local or no anaesthetic, a few days after birth. While the recommendation from The Royal Australasian College of Physicians is that routine circumcision is not recommended, around 10-20% of baby boys are still circumcised. There are many points for and against circumcision, so do some thorough research before deciding.

Puberty usually begins shortly after a boy's 9th or 10th birthday. Often, the first physical changes are enlarged testes and pubic hair, followed by a big growth spurt somewhere between the ages of 10 and 16. He may begin to gain weight and muscle, develop broader shoulders, and grow in the areas of his arms, legs, genitals, hands and feet. His voice may also deepen, and hair may grow under the arms, in the genital area, in the facial region and on the scrotum. Erections may occur more often, with an ejaculation of semen now possible. Levels of testosterone will increase, with many parents reporting their sons going through puberty seem to eat and eat and eat without ever feeling completely full.

If these changes occur in our little men before 9, or there are no puberty related changes by the age of 14, it's important to get them medically assessed.

I hope this helps our parents of little men. In the original post on Instagram and Facebook, tag your parent tribe and comment with something you wish you knew about having baby boys before they arrived. And for all you parents + caregivers of little girls, there's a series exactly like this for girls coming soon, so leave your questions on the original psot too!

Helping you feel prepared for parenthood is what Tiny Hearts is all about. Book into our baby + child first aid class, and let us empower you to face parenthood without fear. 💗 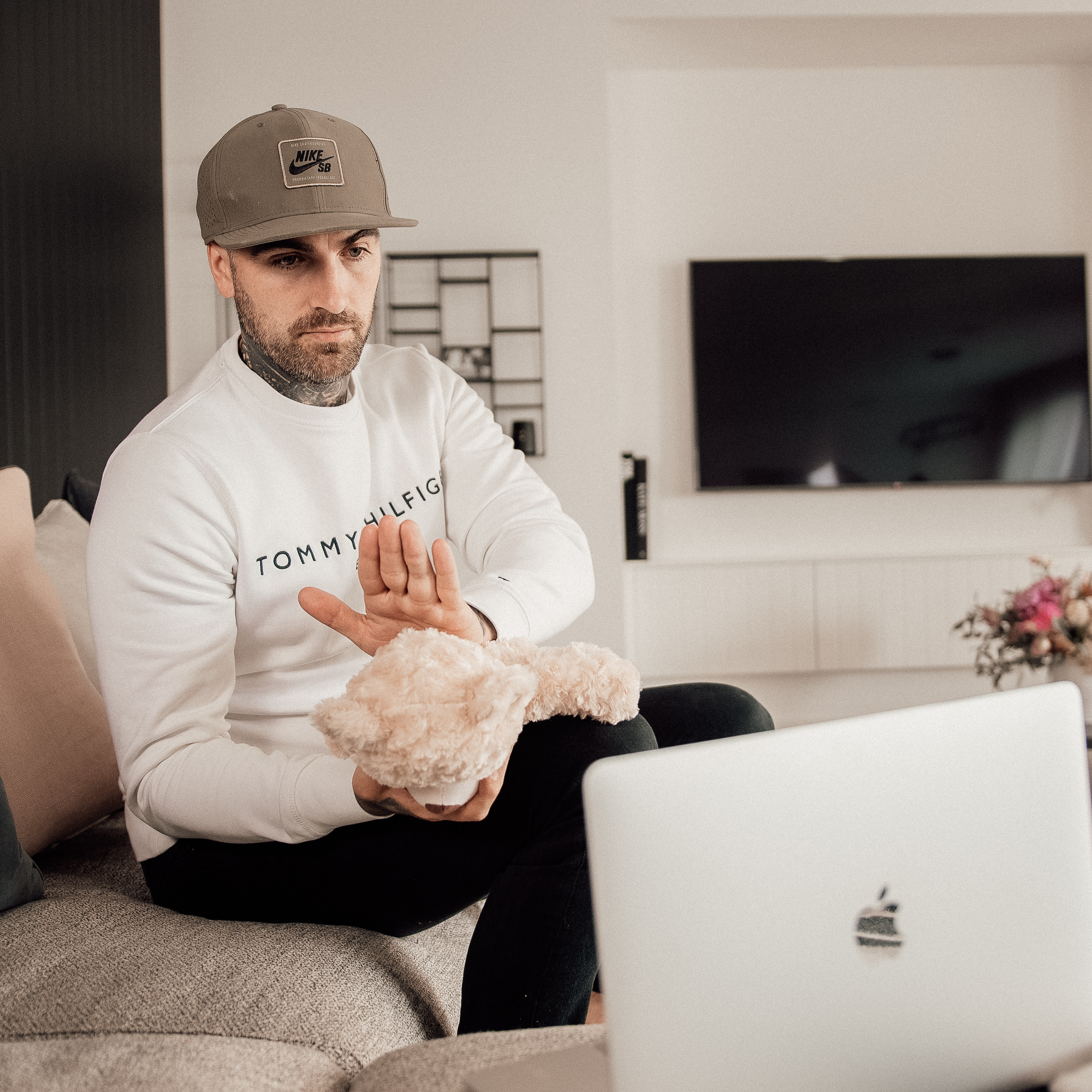