Tests + Injections for Bub After Birth

Tests + Injections for Bub After Birth

After birth, your Doctor or Midwife or Bub's Doctor may recommend numerous tests, procedures or injections for bub. I've broken these down for you, so you understand what they're for, when they'll happen, why they're recommended and what they involve.

It's important to remember that if bub is well and there are no concerns, the first thing that will occur after birth is the golden hour. This refers to the first hour after birth, which is recommended solely for undisturbed skin-to-skin. It has many benefits for both a mama and bub, including initiation of bonding, promoting breastfeeding [if planning to breastfeed], Oxytocin production and release, temperature regulation and regulation of breathing.

After the golden hour has passed, Bub will be weighed in grams, [which can later be converted to pounds]. Then, your midwife will measure bub's head circumference and length in centimetres. These measurements are plotted on a growth chart and recorded in bub's handheld book. 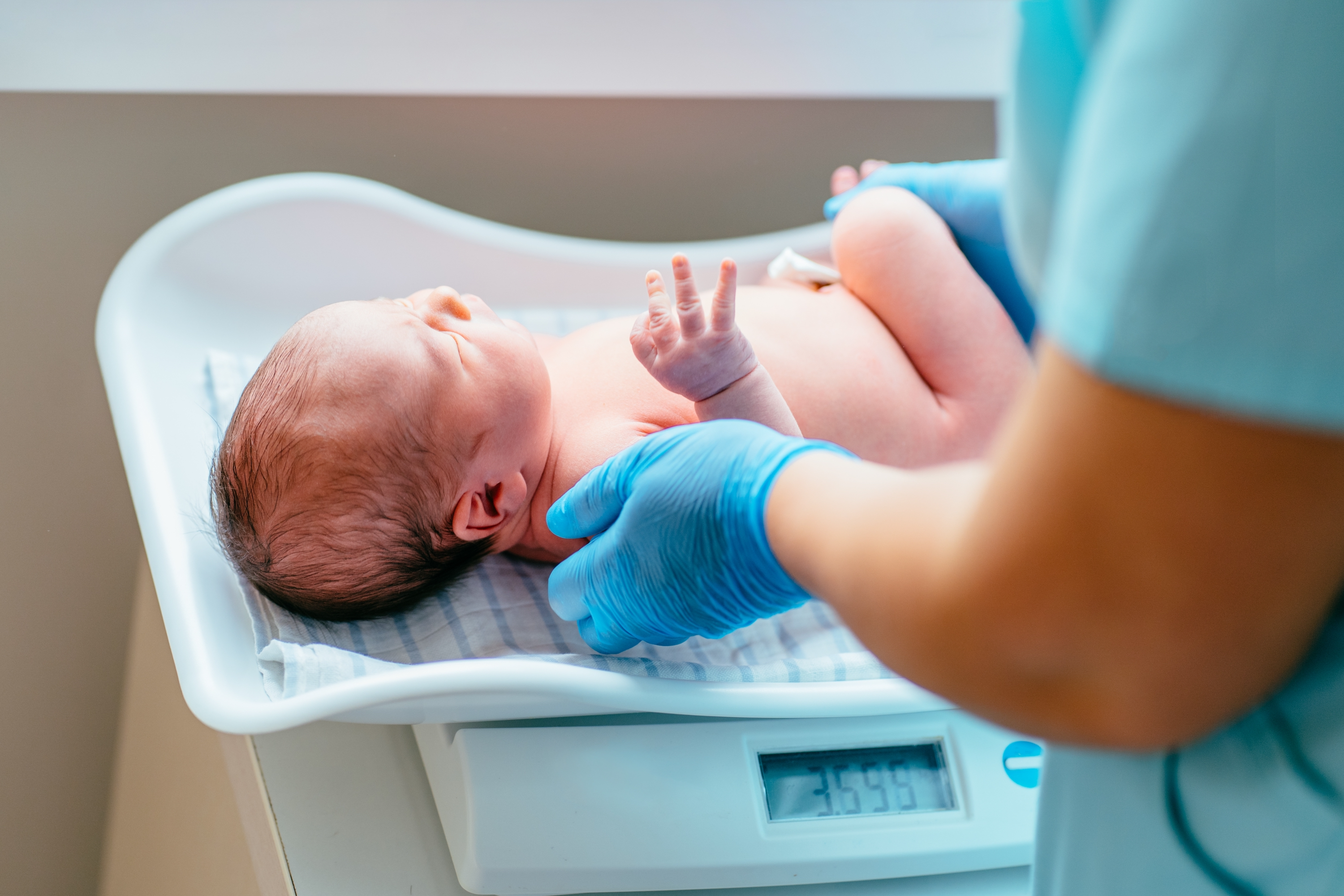 After bub is born, you'll routinely be offered the Hepatitis B immunisation and a Vitamin K injection/oral solution.

The vitamin K injection/oral solution is NOT a vaccine and isn't on the vaccine schedule. Vitamin K is routinely offered to all bubs after birth to help clot the blood and prevent bleeding from vitamin K deficiency. When bubs are born, they have low vitamin K levels because they don't receive much in pregnancy or from breastfeeding (it doesn't cross the placenta well, and breastmilk has very low levels of it). Formula does have some vitamin K in it, but bub's levels will still be low regardless of how you feed them, which is why they're recommended to have need the soultion/injection.

Inadequate vitamin K levels place bubs at an increased risk of developing 'vitamin K deficiency bleeding' or 'VKDB'. This can be life-threatening by causing bleeding on the brain or intestines, and may occur any time within the first six months of life. While VKDB is rare in both cases, it's more common in bubs who have not had Vitamin K after birth.

Vitamin K can be given by a single injection within the first few hours after birth or three doses orally at birth, days three to five, and four weeks. However, Vitamin K is not absorbed as well when given orally, which is why several doses are given. In the past, there were stories in which vitamin K was linked to childhood cancers. The Australian National Health and Research Council researched those claims and found no link between them. There are also no known side effects.

Between 48-72 hours after birth, bub will be offered a neonatal screening test, which is when bub's heel is pricked, and blood is collected to fill three small circles on a testing card. The test checks for 20+ rare conditions that may be hard to identify in newborns as they may not show symptoms at birth. The test aims to identify bubs with these conditions, commence treatment and create a management plan early before they become unwell from these conditions. Tests are normal in most cases, but if they're not, you'll be contacted for follow-up testing by six weeks of age.

Depending on a wide variety of factors based on your pregnancy, labour and birth, and bub's health after birth, it may be recommended that bub undergoes blood sugar monitoring. This will require your Midwife to prick bub's heel and collect some blood to measure bub's blood sugar level, with the first rest occurring around two to three hours after birth. The following tests are usually conducted four to six hours after the first, and should ideally occur before bub's next feed, or at least an hour after the last feed to make sure bub is maintaining their blood sugar between feeds.

A reading of 2.6mmol or above is generally accepted as normal, depending on hospital policy. If bub's sugar is below this, it is considered low, and the exact actions will depend on your hospital policy. In general, bub will be encouraged to breastfeed or have some formula [if formula fed]. Bub may also receive glucose gel as well as a top-up of expressed colostrum. The glucose gel acts as a short term treatment to boost the blood sugar level quickly, while the breast milk/ formula acts as long-acting maintenance.

Around one to two out of every 1000 bubs will have significant hearing loss. To try and identify those bubs early, in the first few days after birth, bub will be offered a hearing screening test. The test is run by a specially trained nurse or midwife, takes around 15 minutes (depending on bub) and is painless. The nurse or midwife will place several sensor pads onto bub's head. The test plays clicking sounds into the headphones applied to both of bub's ears and records their response to those sounds.

Both ears will be tested simultaneously, and bub will either receive a 'pass' or 'refer' for both ears. If bub receives a 'refer', this doesn't necessarily mean they have a hearing impairment – just that their hearing requires retesting at this stage. Sometimes, if the test is conducted too soon after birth, bub may still have fluid or a temporary blockage in their ears from the birthing process, which could impact their test results. In a very small number of little ones, it may indicate they have some degree of temporary or permanent hearing loss. As a result, if bub receives a second 'refer' result, they will be referred to an audiologist for further specialist testing. 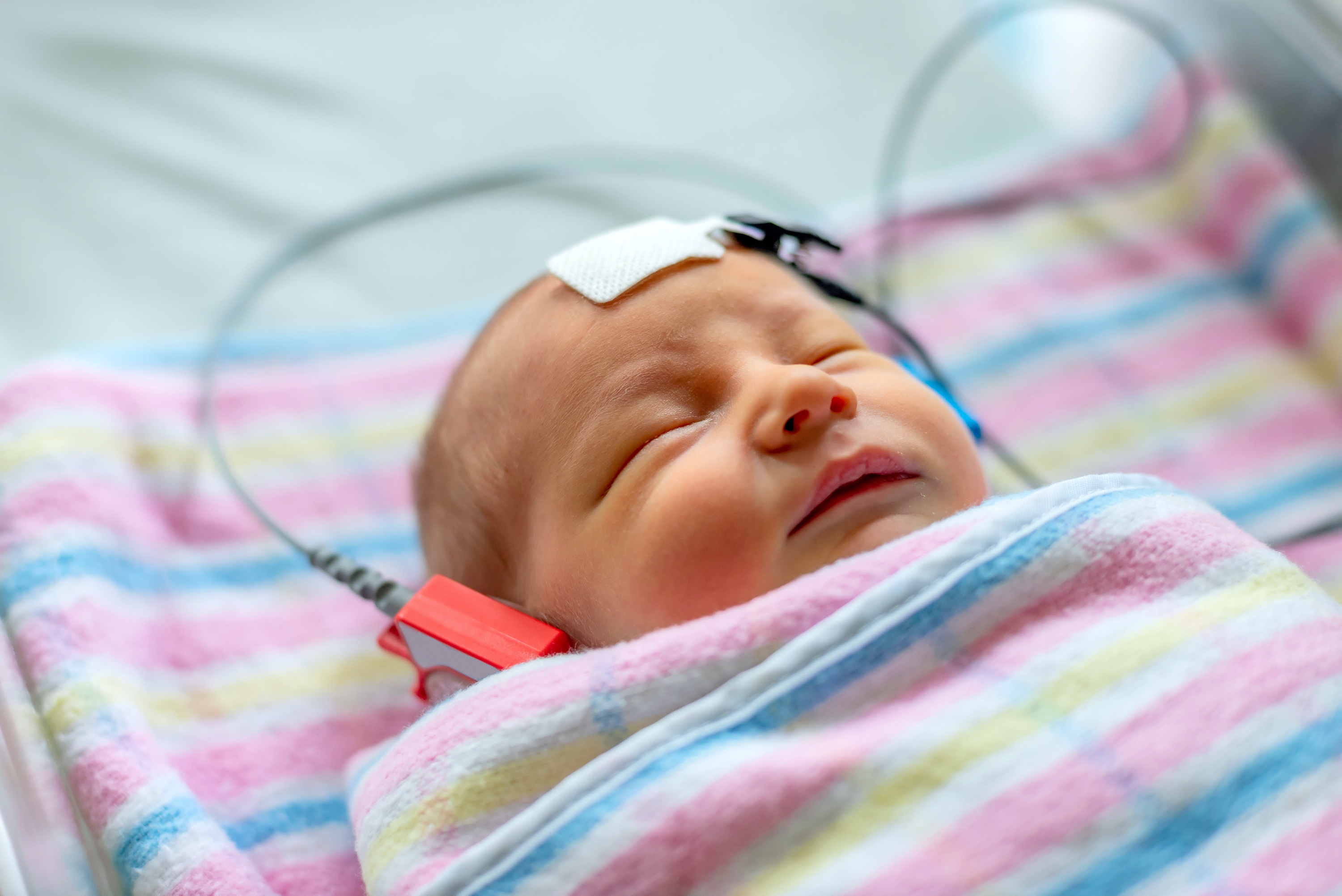 Another form of monitoring after birth is PROM or GBS observations. PROM stands for prolonged rupture of membranes, which means your waters are broken for longer than 18 hours [24 hours in some hospitals] before bub was born. GBS stands for Group B Streptococcus, which is a normal, transient flora that lives in the vagina, but can make a small amount of bub's unwell, if present during birth.

The observations include checking bub's heart rate, respiration rate and temperature. They'll also look over bub's general behaviours, colour, nappy output and how they are feeding. If a mama or bub develops a fever or shows signs of infection after birth, they both may be recommended to have blood tests and antibiotics, which may or may not include admission to the nursery for bub.

If you take some anxiety and depression medications or use certain illicit substances during pregnancy, after birth, NAS scoring [also known as Finnigan scoring] may be recommended to observe bub for signs of withdrawal. That's because some of these medications and substances cross the placenta to bub when you take them during pregnancy. However, after birth, particularly if you're not breastfeeding, bub may withdraw as they are no longer exposed to those substances as they had been during pregnancy.  NAS stands for neonatal abstinence syndrome, but it's also known as a Finnigan score, so you may hear the terms used interchangeably. Midwives will look for things like:

-  Crying and if the crying is high pitched or not

- If the skin is becoming red and excoriated

- Sucking excessively, not settling after feeds or bringing up a lot of milk

Bub will then be given a score every four hours, which is their NAS score. If the NAS score starts getting higher or is high to begin with, bub's doctors will have a chat with you about the best course of action to support bub with coping.

As with anything, you can refuse. If you refuse any of these tests, bub's doctors will meet with you to make sure you understand what it's for and the possible complications of not identifying these illnesses earlier.

For more info and tips and tricks from a Midwife on each of these tests and how to help bub cope through them, check out our Online Birthing course, linked below.   In the meantime, head back to the original post and let me know in the comments, what extra monitoring did your bub require after birth, and why? ✨