I had a difficult pregnancy dealing with HG up until 32 weeks, PUPPP and becoming severely anaemic towards the end. I had an iron infusion at 38 weeks, and it was recommended I be induced if I went overdue. This was to ensure I get the full benefit from the iron infusion, especially in case of a c-section. I had a very open birth plan and was happy to go with the flow. My only preference was to avoid a c-section. I was booked in to be induced at 40 weeks and six days.

We went in to have the balloon inserted in the morning and were lucky enough to be able to go home and let it take effect and instructed to come back at 10 pm to have my waters broken. It got to 10 pm with no sign of labour at all throughout the day. Unfortunately, there were no birthing suites available, so we had to stay overnight to wait for one. The next morning I lost my mucus plug, but there were still no other signs of labour or when a birthing suit would be available. Finally, at 2:30 pm, the midwife came in to get me and said there was now a birthing suite available.

My partner had just popped home to pick up extra clothes (we weren't prepared for that extra night's stay), so I had to call him to quickly come back. Thankfully he walked in just as they broke my waters. They then set up the oxytocin drip, which really got things moving. Mild contractions started within 20 minutes, and within 90 minutes, I was struggling to stand through the pain and asked for the gas while bouncing on the ball. After a while, I felt the gas wasn't working well, and I remembered the midwife earlier saying she predicted the baby wouldn't be here till mid-morning.
By this point, it was still early in the night, and I didn't know how I was going to make it that long. I made the decision to request an epidural. Thankfully the anesthesiologist was there within 5 minutes.
Once the epidural kicked in, we were both able to get some sleep. After sleeping for two hours, the midwife came in to wake me as bub's heart rate was going up. She made me change positions, and then I was able to go back to sleep. After about 15 minutes, she came in again to warn me bubs was stressed and she has had to call for help.
The room instantly flooded with about ten doctors and nurses. The doctor explained they were going to turn the oxytocin off as bub is distressed, and they wanted to put a monitor on her head. Thankfully her heart rate came down once the oxytocin was off, so this was not needed. It didn't take long for bub to become stressed again, however, so at midnight, they decided we would try and push for an hour to get her down far enough to use instruments to get her out quicker. After an hour of pushing (and feeling like the epidural was wearing off!), the doctor looked up at me and said my name.
At that moment, I just knew exactly what she was about to say. She explained bub is too stressed and not coming down quick enough, and a c-section is needed. After a few minutes, it was then determined that I had developed a fever, and therefore the doctors became even more concerned. They then said the c-section had to happen ASAP. Again the room filled with so many doctors and nurses, and the prep happened so quickly.
Our bags were being packed up, and my partner was being urged to quickly put on his scrubs. I was so surprisingly calm at this stage about what was about to happen, but I was really starting to feel the contractions at this point. I felt incredibly nauseous, and my body was uncontrollable shaking. Once in theatre, they topped up the epidural, and we had someone offer to take photos and play music which was great at taking my mind off things.
Again, everything happened so quickly, and although I knew there was so much concern to get the baby out asap, everyone still made me feel so calm. The baby doctor explained she would be close by and was very reassuring.
Once they got started, I just tried focusing on the music and talking to my partner. After what seemed like only a few minutes and some tugging, they lowered the curtain as I started to hear her cries and to finally see our baby we had waited so long for. 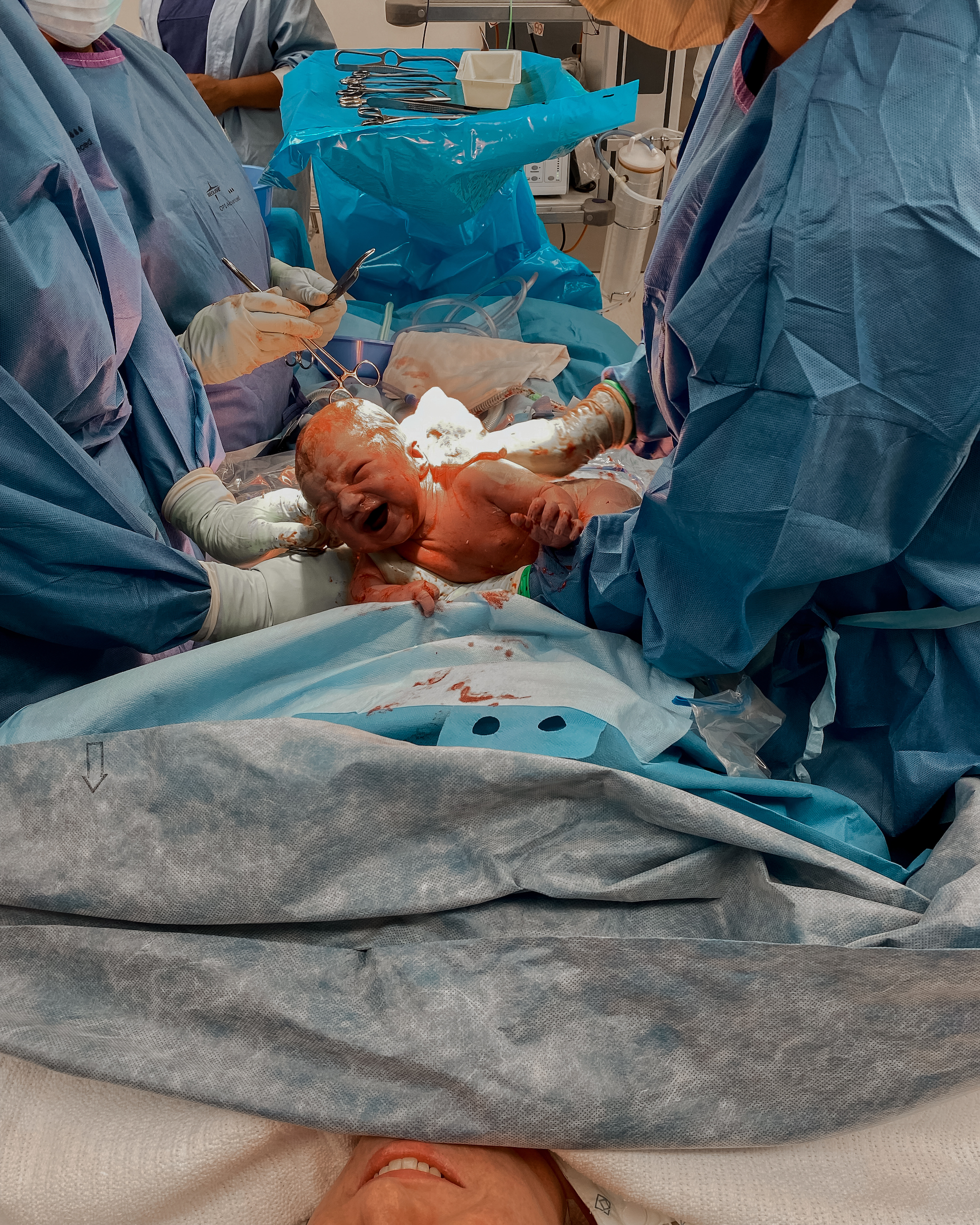 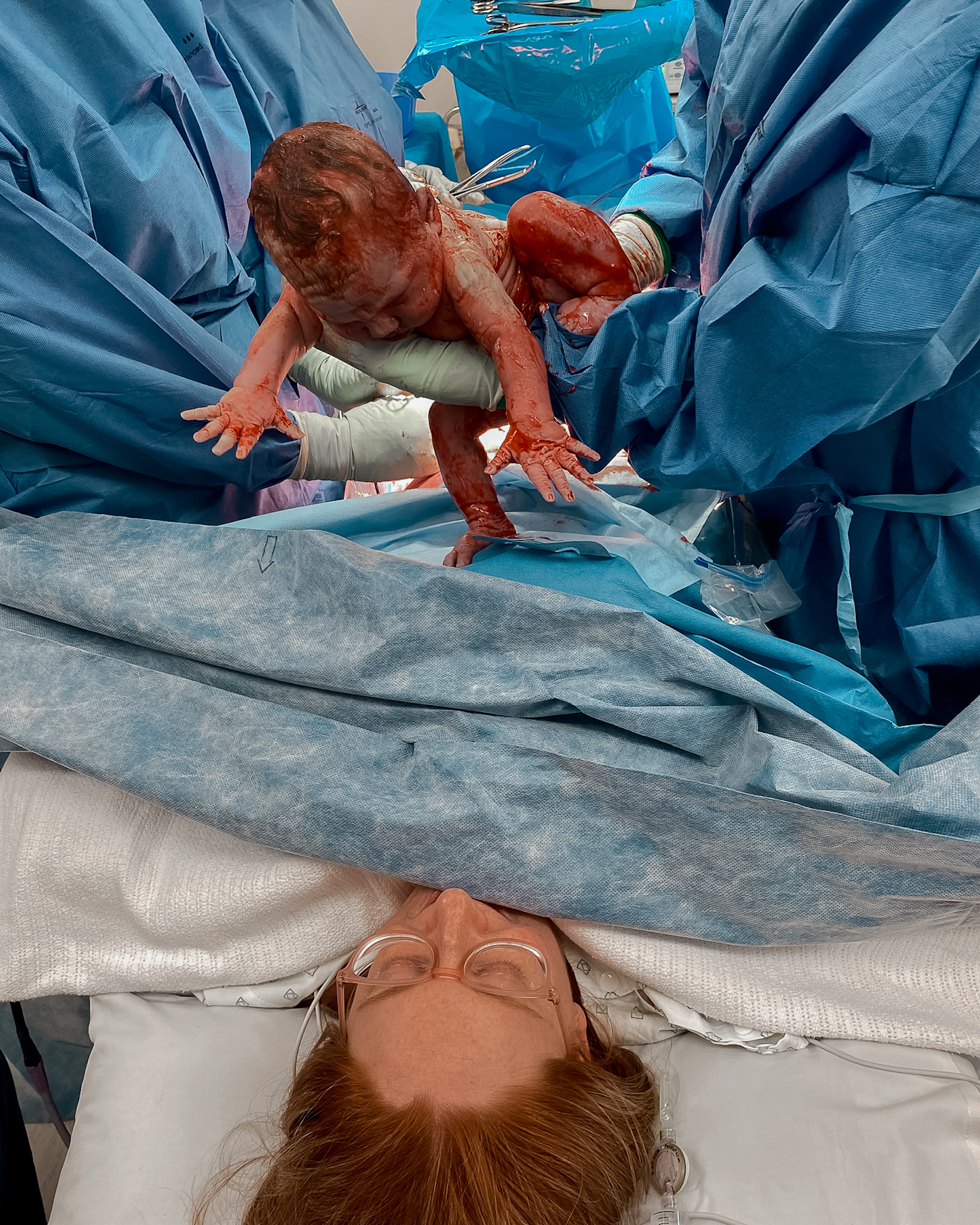 A huge sense of relief washed over me. They left some of the umbilical cord on for my partner to still cut, and then they briefly placed her on my chest. She then had to be taken for further testing and to have a cannula inserted as we would both be on antibiotics for 36 hours due to the concerns around my fever. I was thankful my partner was able to go with her, and after being stitched up, I met them back in recovery.
Although it was quite a scary time and not part of our' plan', all the doctors and midwives played a huge part in making sure I still had such a wonderful and positive labour. In the end, I am so grateful bub arrived safely and was healthy (and for that iron infusion!). 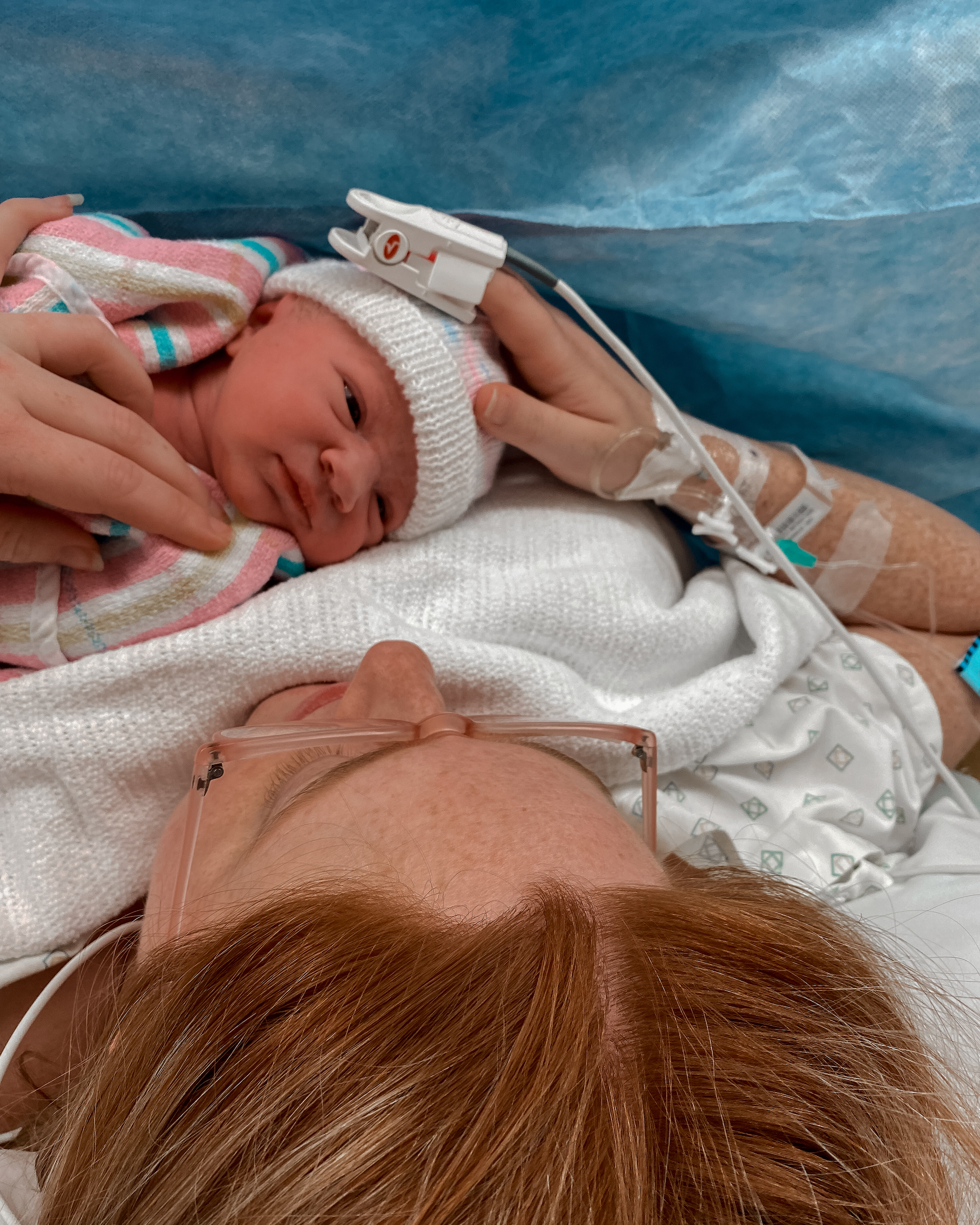 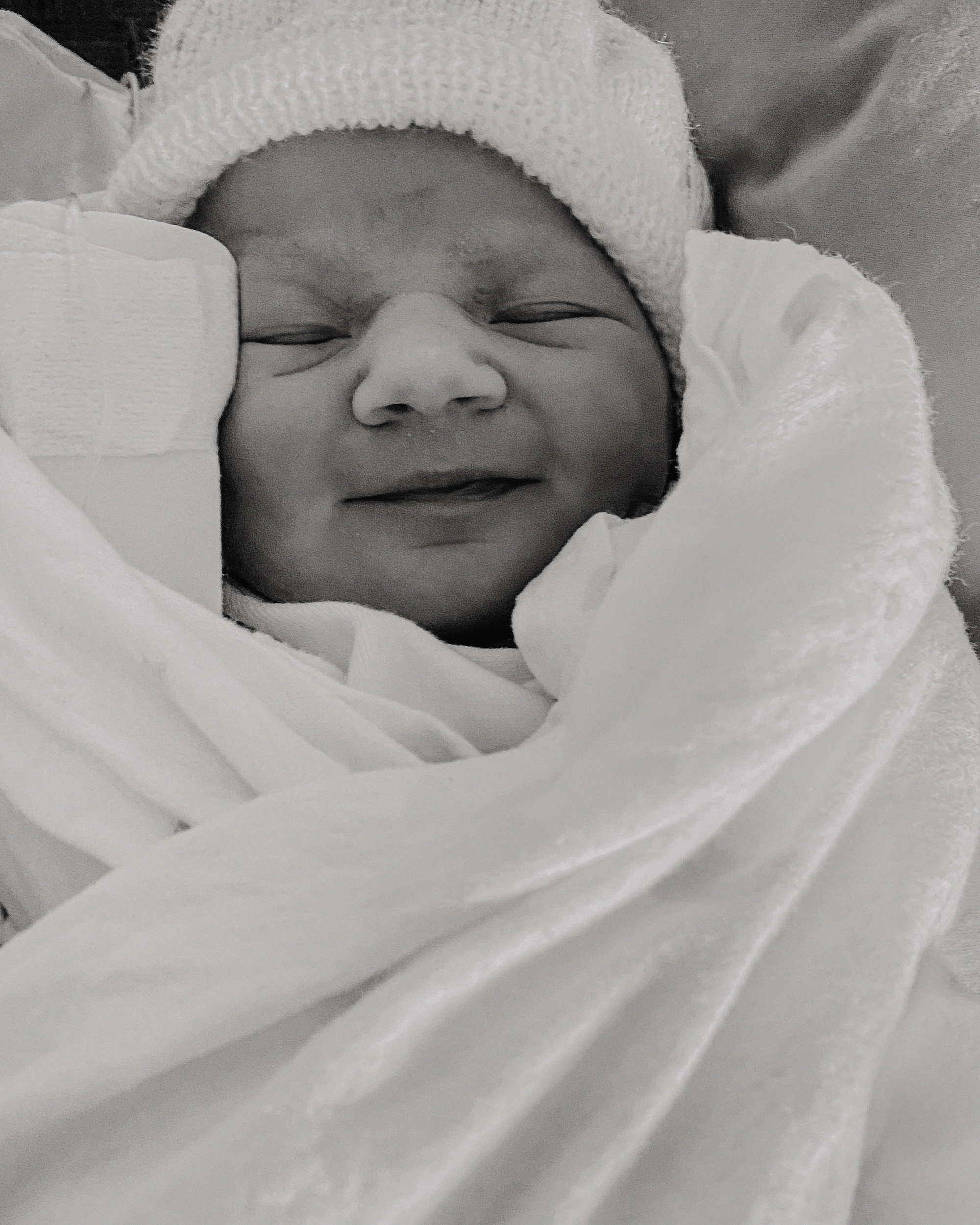