I would love to share my birth story of my baby boy Billy Logan. It all started at 32 weeks when I was diagnosed with preeclampsia. 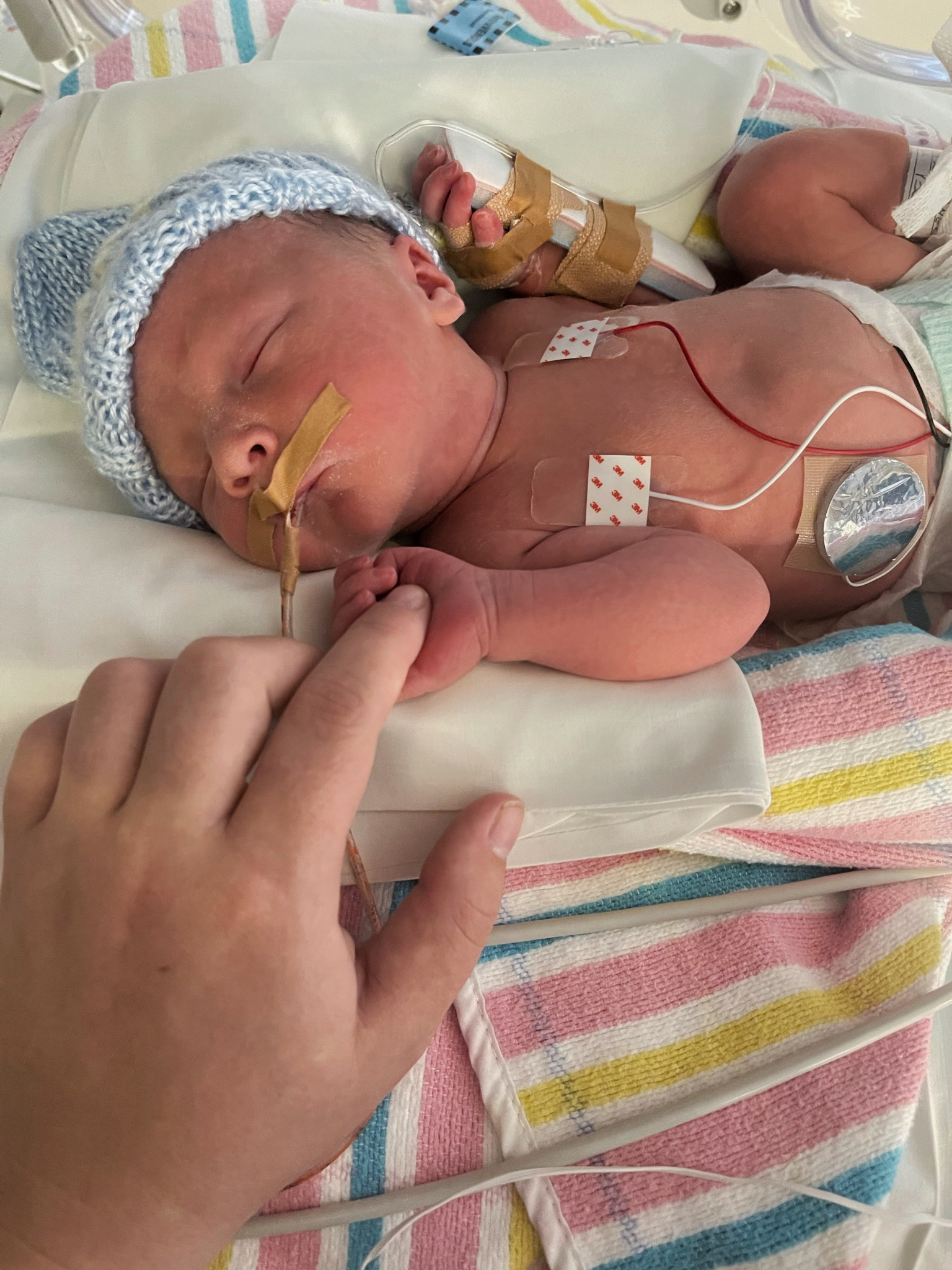 I was absolutely devastated that my intentions of going into labour naturally with no interventions were no longer realistic. I knew I was going to have to really advocate for myself during the induction process. I had multiple hospital stays and scans, I was determined to make it to 40 weeks, but unfortunately, at 36 weeks baby had stopped growing and dropped into the 2nd percentile; my placenta was failing, and so were my kidneys. I was getting sick, and it was no longer safe to carry on. So we booked an induction at 36+6. I had cervidil inserted in the morning around 11 am, and the midwife that inserted it told me I had a favourable cervix. It was music to my ears! I relaxed and walked around the hospital all day. I felt absolutely nothing. Around 8 pm, they removed it, and I started getting slight period pain like cramps, so they rechecked me. I was 3cms dilated! "This is it," I thought. But nope, they told me to head to bed for the night, get a good night's rest, and they will break my waters in the morning. So off I went, tucked myself into bed and dosed off to sleep.
Around 1:30 am, I woke up to what felt like a pop in my stomach, so I stood up and felt the trickle down my leg. I was shocked my waters broke! I rang the buzzer and told the midwife. The contractions hit me hard and fast. They became closer and closer together by the minute. The midwife came and told me they were ready for me in the birth suite, and she would wheel me up - nope, I wanted to walk. So off we went walking very slowly to the birth suite. I called my partner and told him it was time. Covid didn't allow him with me until I was in the birth suite. Once in the birth suite, the midwife asked me what pain management I had planned/wanted. I was still determined to have an intervention-free birth, so I proceeded to tell her that if I want it, I'll ask but right now nothing. She also asked if she could do an examination and place the heart rate monitor on his head. I said yes to the examination and monitor but made it clear it was the only check I wanted. She checked, and I was 6cm! I couldn't believe it. I was so pleased with the midwife looking after me. She didn't touch me without consent, offered me pain relief and never asked to do another examination.

My partner arrived, and my gosh, I was so relieved to see him. I moved freely around the room, changing positions and breathing through the contractions. By this stage, I had no breaks between them. The pain was getting more intense, my amazing partner patting me down with a cool towel, reminding me to stay relaxed. An hour and a half had gone by. I remember I had these three contractions that I felt deeply, and they hurt more than the others. At that moment, I thought, 'I'm going to need pain relief, but then the midwife said to me, "it's time to push" unfortunately, babies heart rate plummeted due to the cord being wrapped around his neck, and the midwife told me I had to get him out quickly, again I was devastated I couldn't breathe my baby out slowly like I wanted, but I knew it was serious so I pushed as hard as I could, I heard them fumbling around, and I thought are they are getting the forceps ready, I yelled "don't you dare cut me" I wanted to tear naturally. I heard them put everything down. I pushed even harder, three mighty pushes, and he was out at 3:30 am. I couldn't believe it. I had just given birth in less than 2 hours. 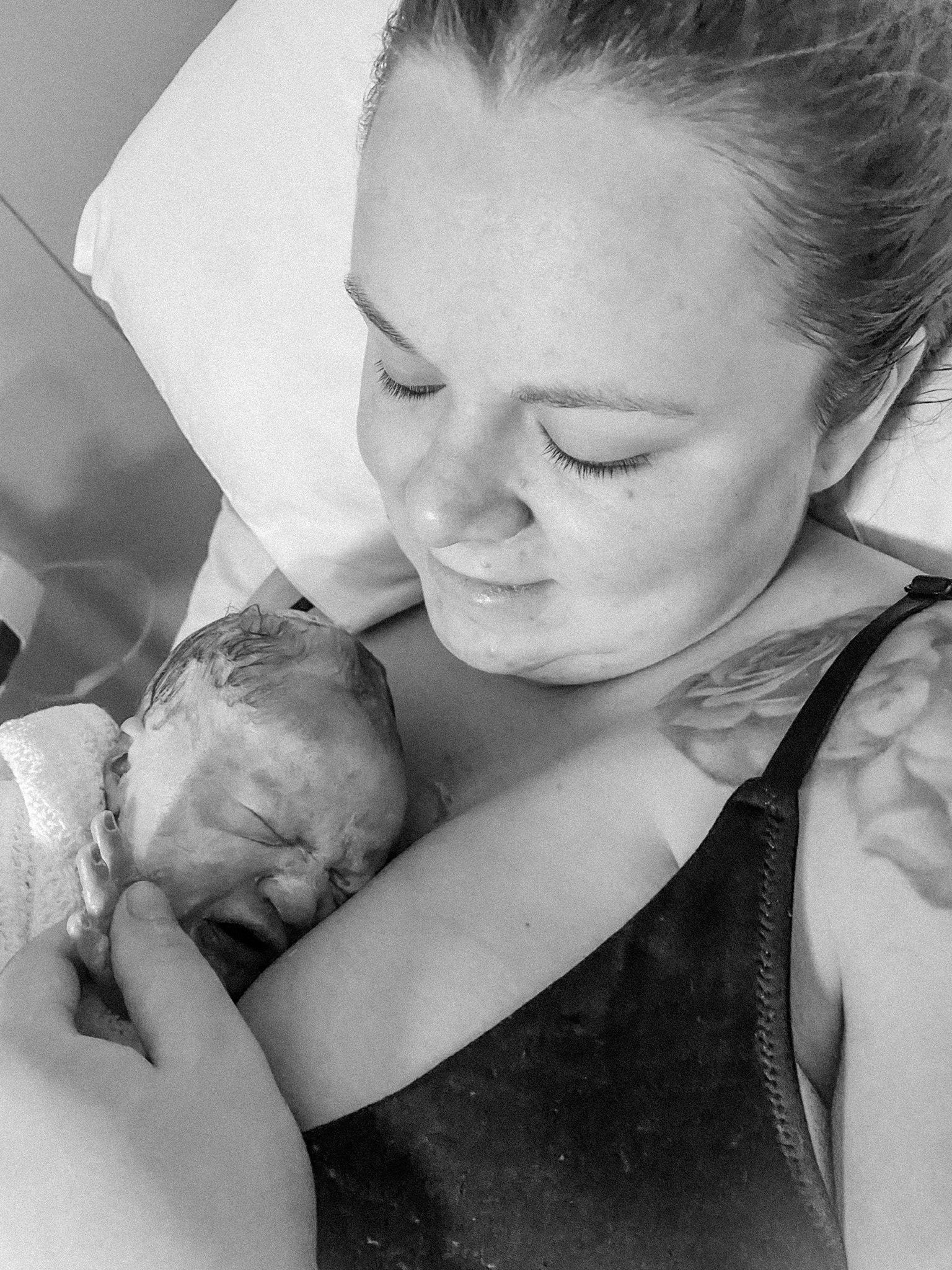 Despite his small size (weighing 2.3kgs), he was breathing well. I was thrilled, thinking I was going to get my skin to skin, first feed and be able to take him home. Unfortunately, our Billy was born with an imperforate anus. This is a condition not many people know about, but it affects 1 in 5000 babies but in Billy's case, it was genetic, making it even more rare! He was taken straight to NICU. The doctor came and checked me over. I sustained two 2nd degree tears, but After the doctor stitched me up, I got up and showered and went to see my little man in the NICU. Although I didn't have the intervention-free birth I had intended on, I still managed to have a positive induction and medication-free labour. Billy had surgery on day two and spent 2 weeks in the NICU before coming home. My partner; Billy's dad, was born with an imperforate anus. We were told during my pregnancy that it was extremely rare for Billy to be born with the same condition and not to worry about it. It has been a hard and painful journey for Billy, but we are seeing improvements every day, and my partner and myself are adapting to life with a baby with IA, thanks to the wonderful support around us. 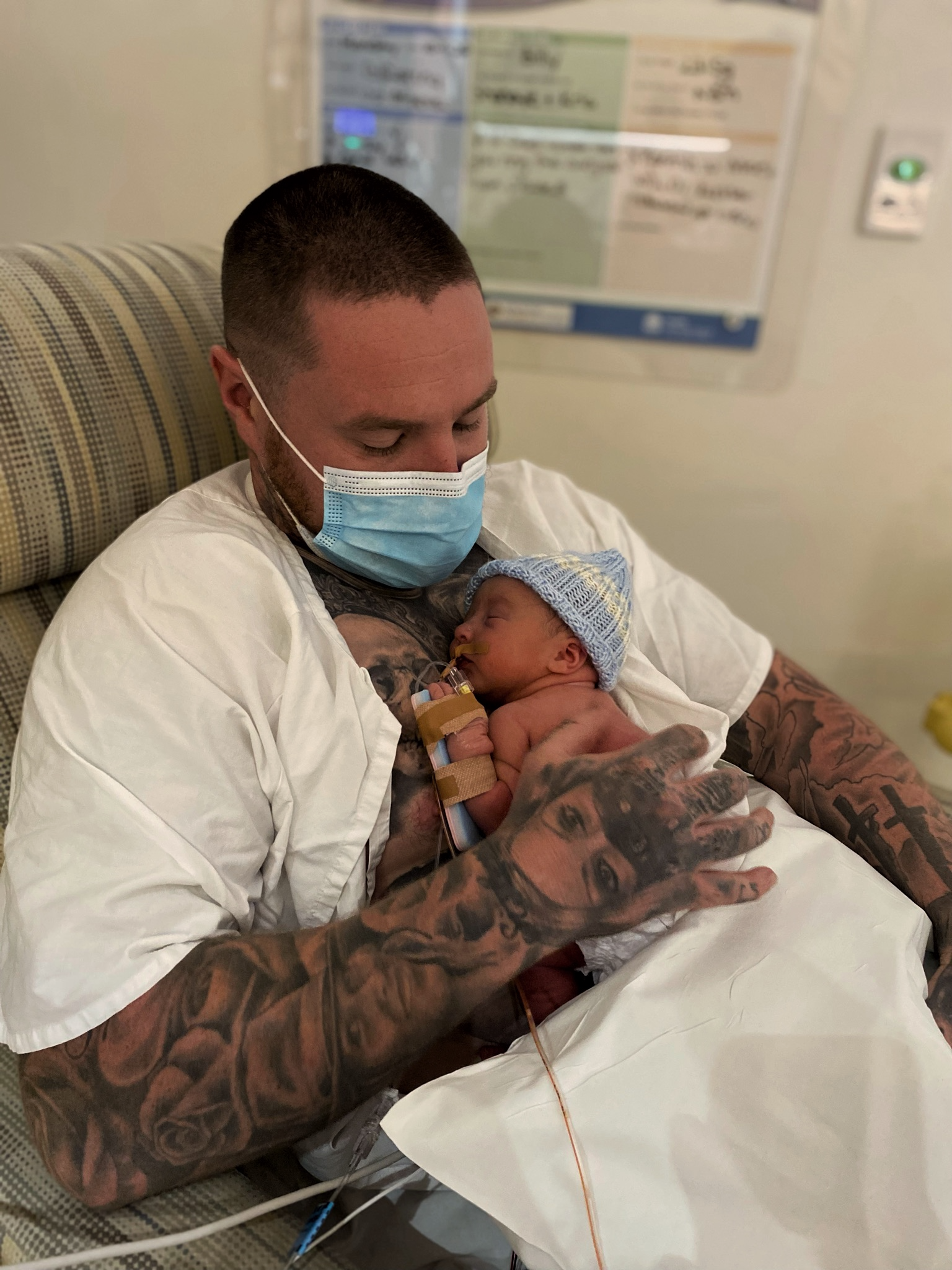